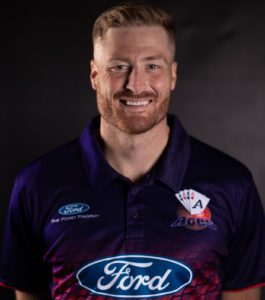 One of the biggest names in New Zealand Cricket Martin Guptill has been a fixture at the top of the order for the BLACKCAPS in white ball cricket since 2009.

He was in outstanding form during the 2015 ICC Cricket World Cup where he was the tournament’s leading run scorer including a highest score of 237*. Guptill has enjoyed most of his success in the shorter versions of the game averaging over 40 in ODI cricket with a strike rate of 130 in T20 Internationals. Guppy’s success at the highest level has limited his Aces appearances in recent years although when he returns it’s often to add substantially to his more than 4000 runs for the province. A proud product of the Suburbs New Lynn club Guptill still takes every opportunity to turn out for the ‘Burbs when he can.