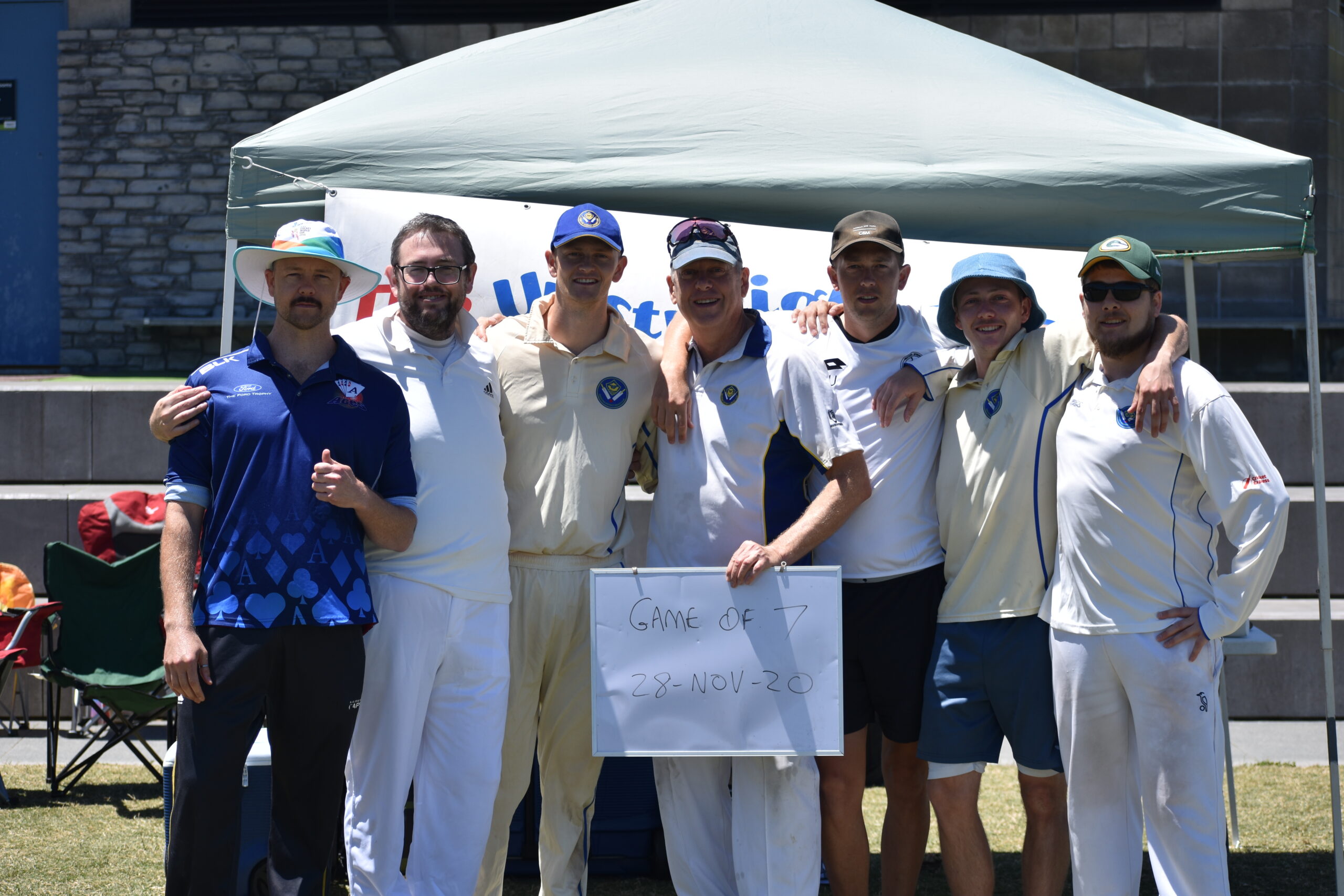 One family. One Dad. Six Sons. One Game of Cricket.

This past Saturday, something special happened at Sunnynook Park. After a fair bit of planning and many close shaves, seven Upton family members took to the field for the Takapuna Unstraightables.

Simon ‘Roy’ Upton was thrilled to see his six sons line up alongside him.

“It was brilliant to finally get us all out on the park.

“We’ve been trying to make this moment happen for three or four years now and it felt so special to look around the field and see everyone in a row.

“I didn’t think it would ever happen, but we got there and it was a great family day.”

Having scored a hundred a couple seasons ago and now achieving what has been called ‘The Game of Seven’, Roy was quick to shut down any suggestion of retirement.

“Absolutely not. I have the three-generation goal in mind.

“The grandson is two, so it could happen, but what motivates me is continuing to get out there with the guys.”