Batting first, Takapuna Grammar were reasonably positioned at 62/2 in the 12th over. Orla Langdon (24) top-scored for Takapuna, while Epsom’s Anika Tauwhare starred with the ball, picking up 4-23. Tauwhare wasn’t alone with Emma Johnston taking two wickets at the top.

Chasing 104, Epsom lost regular wickets along the way. While Epsom had plenty of overs in the tank, there were certainly some nerves around. Rishika Jaswal’s two wickets applied the pressure and a pair of run-outs had Epsom wobbling with victory in sight. In the end, Epsom skipper and opener Elizabeth Buchanan (31*) saw her team to victory in the 16th over. 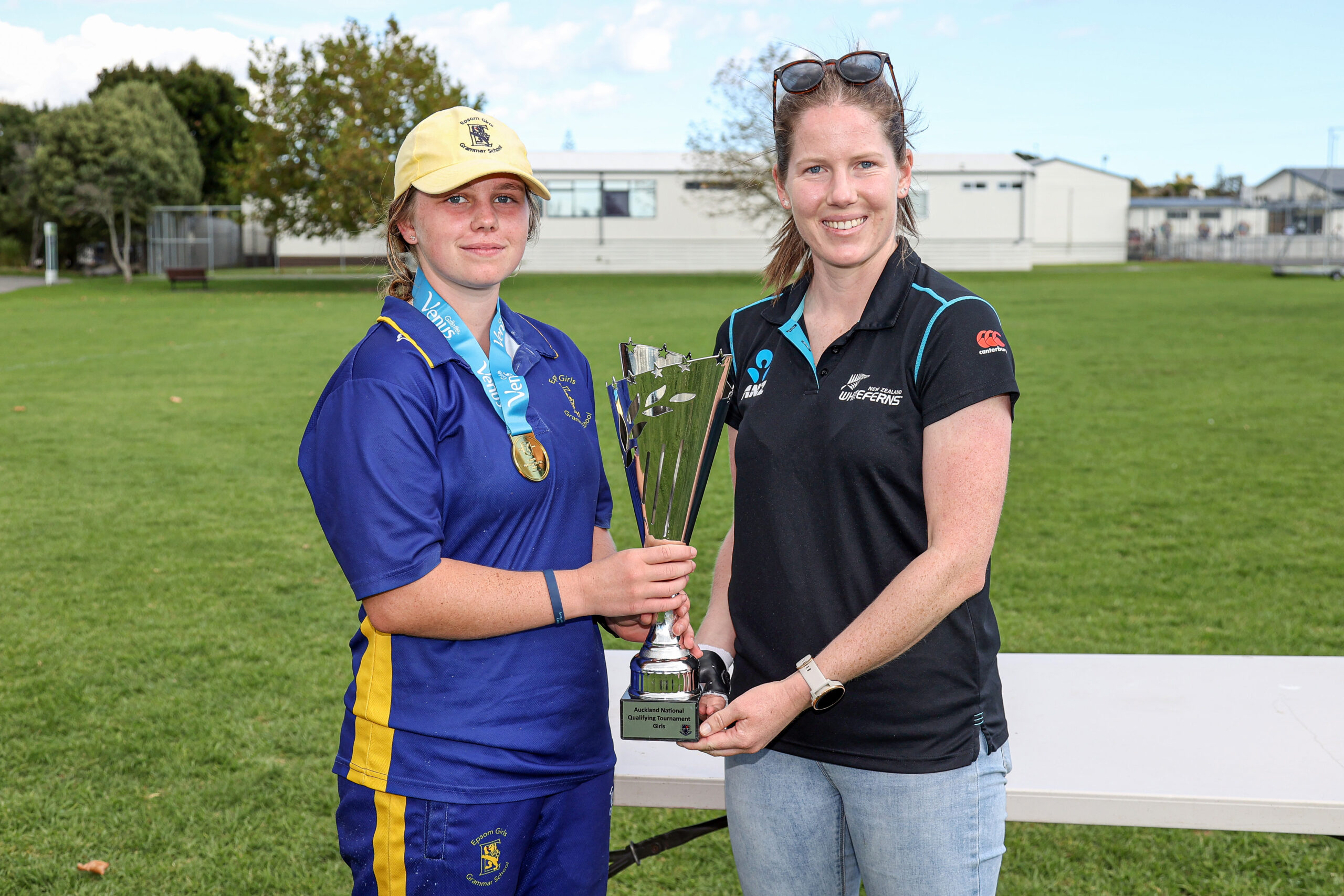 Epsom Girls Grammar made it a double and will represent the Auckland Region at the National tournament after overcoming St Cuthberts after three days of intense action at Keith Hay Park.

Bowling first, Epsom made it difficult for St Cuthberts from the start. Simran Bajaj (4-12) and Christelle McGuire combined to apply the early pressure which ultimately won Epsom the match. Phoebe Smith (2-8) and Anika Tauwhare (2-6) maintained Epsom’s advantage and St Cuthbert’s were eventually bowled out for 52 on the final ball of their 20 overs.

In reply, Elizabeth Buchanan matched her efforts from a week earlier, guiding her team to a ten-wicket victory. The Epsom skipper finished unbeaten on 31*, while Tauwhare played the supporting role as victory came in the ninth over.