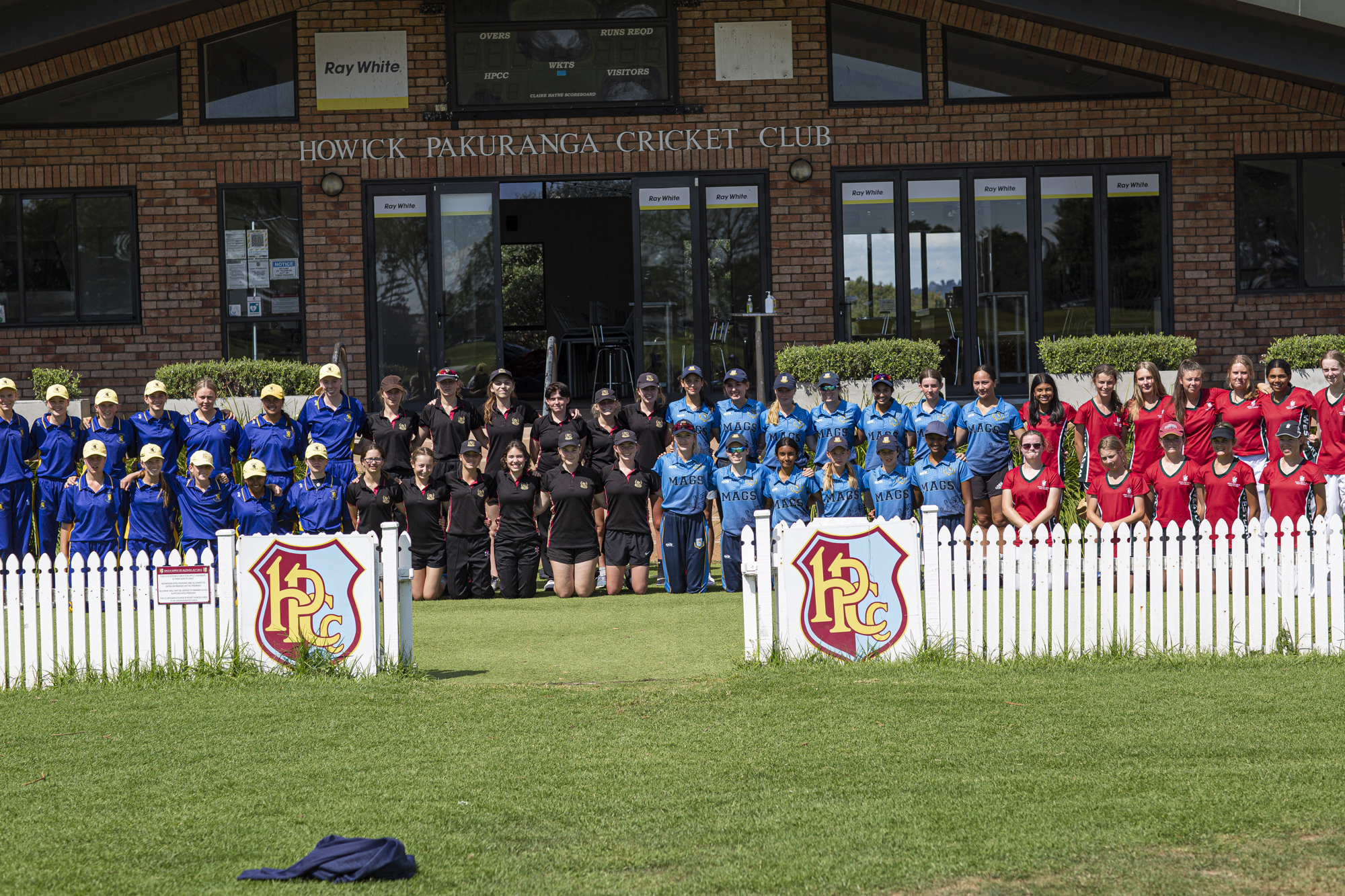 This week, nine schools took part in the Gillette Venus Regional Qualifiers for Auckland. The tournament started with two Pools; Westlake Girls, Mt Albert Grammar, Takapuna Grammar, St Kentigern and Mt Roskill Grammar battled it out in Pool A, while Epsom Girls, Baradene College, Glendowie College and Diocesan faced off in Pool B.

Community Cricket Manager Dean Bartlett said it is a special time for women and girls cricket with the Cricket World Cup less than a year away.

“It was awesome to see a festival environment with nine schools competing at Lloyd Elsmore Park.

“We hope all players, officials and supporters enjoyed their week in the sun and look forward to having even more schools involved next season.”

Excellent spells by Epsom’s opening duo Breearne Illing and Christelle McGuire set the tone early on. Both openers finished with figures of 2-11 from their 4 overs before Caitlin Hakeagatoa (2-13) helped Epsom restrict Baradene to 67/8 from their 20 overs. Wicketkeeper Amity Drake was the top-scorer for Baradene with 20.

Epsom’s chase faced an early wobble when Isabelle O’Connell and Issy Gerrand struck in the opening two overs. At 7/2, Illing joined Lydia Battin and the pair put on an unbeaten 62-run third-wicket stand to take Epsom to an eight-wicket victory in the 10th over.

Mt Albert’s Davinya Lulia played the innings of note, helping her side to a defendable total. Lulia hit 5 fours on her way to 43 off 33, finding enough support from the middle order to challenge Westlake Girls. For Westlake, Leah Watton was the standout with the ball, finishing her four overs with 2-13 as Mt Albert posted 114/8.

Chasing 115, Westlake were in a strong position when Brooke James (35*) and Nelita Pistorius were together. When the second-wicket stand came to an end, Mt Albert put the squeeze on to lift the required run-rate. One final push saw Westlake come within four runs of victory, but it was to be Mt Albert who claimed third place.