With the T20 Championship onboard, the Pirates have a chance to secure the double when they host Cornwall at Onewa Domain.

Standing in their way will be a confident Cornwall side. The Men in Green have won four of their last five matches.

Takapuna have the upper hand over Cornwall this season, winning both matches, including the season opener in December. 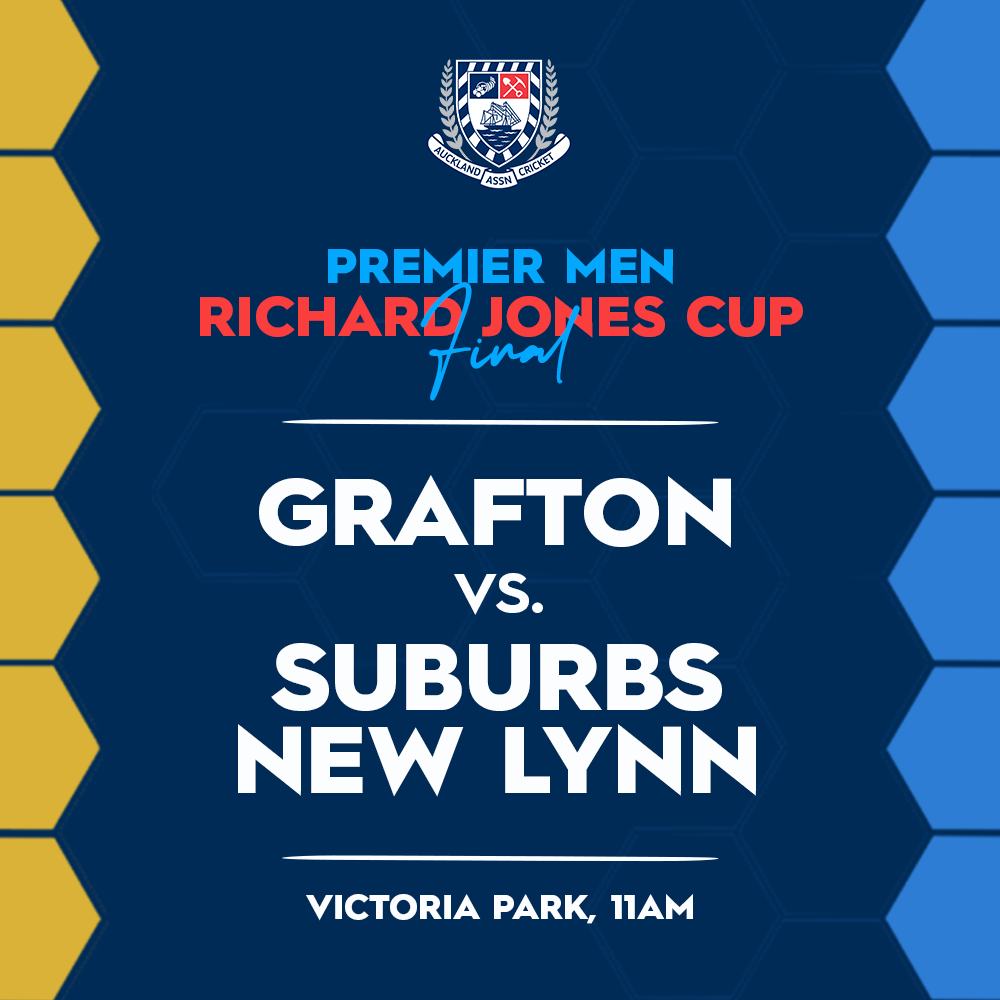 In another clash where the two teams contesting the final met in the season opener, Grafton take on Suburbs New Lynn for the Richard Jones Cup and promotion to the Jeff Crowe Cup for 2022/23.

While Grafton go through as the top-ranked team and hosts of the final, Suburbs were comprehensive victors in both round-robin clashes.

Grafton’s Daniel Sharples (6th – 471) is the best of the batters for both sides, with Suburbs’ Tejas Patel hot on his heels with 446 runs.

With the ball, three bowlers have led the way for the Lions; Jack Dymond brings in sensational recent form and will look to add to his 20 wickets, while Alex Ridley and Nikheil Bhana both have 19. For Suburbs, Dane Watson and Sam Devereaux both have 18 wickets.

There is no separating the two sides, with both the Lions and Flying Ice-Creams having won four of their last five matches. The rivalry continues with a rematch of the Pearl Dawson Trophy and an opportunity for Auckland University to add to their T20 Championship.

Takapuna, however, have been the form side in the Prichard Cup and enter the final with a formidable 6-1 record.

University on the other hand scraped through courtesy of a superior net run-rate over Cornwall.

The Ponies claimed a resounding nine-wicket win when Takapuna and University last met. Since then, though, University secured the T20 silverware.

Can Takapuna be Prichard Cup champions for the fourth summer in succession or will University make it a 2021/22 sweep?

Voice of the Participant | The VOP survey is conducted nationally by an independent research agency (Neilson). The results of each survey have provided some valuable insights for NZC, MAs, DAs and Clubs to help make better, more informed decisions based on participants experiences.

The club with the highest survey response rate from participants within their club will WIN a BLACKCAP & WHITEFERN appearance at the club or school.