Parnell are the Jeff Crowe Cup champions for the second time in three years after a convincing performance in the final against Howick Pakuranga at Shore Road on Sunday.

Batting first, Parnell made the most of their home advantage with Ben Rae and Andy Lane batting the Peaches into a position of ascendency. From there, it was an uphill battle for Howick Pakuranga to get back into the match.

Rae showed his big-match qualities, hitting 14 fours and a six on his way to 114 off 107 balls. Rae and Lane put on 149 for the second wicket as the Alpacas searched for an opening.

The platform, however, was set and Lane, along with a powerful middle-order, ensured Parnell made the best use of it. Lane remained unbeaten at the end of Parnell’s 50 overs bringing up his century in the final over before finishing on 111 off 106 balls, his second hundred of the weekend.

For Howick Pakuranga, Colin Munro and Taine Jolley both took two wickets, but with 309/7 on the board, Parnell would have been confident of reclaiming the Jeff Crowe Cup, but also aware of the power possessed by Howick Pakuranga’s top-order.

It started at the top with Munro, who Ganesh Ratnasabapathy nabbed in the second over. The rest of the Alpaca top order made starts but were unable to replicate the longevity of Rae and Lane. Aniket Parikh had a big part to play in breaking developing partnerships at the top.

Donovan Grobbelaar’s 46 off 36 balls threatened to pull his side back into the contest before left-arm spinner Nikith Perera (3-47) stifled Howick Pakuranga’s middle order.

Perera started with the wicket of Liam Winn, who was wonderfully caught by a leaping Rae at deep square leg. When Perera bowled Grobbelaar, the match turned in Parnell’s favour one final time. Dean van Deventer (2-29) and Josh Fisher eventually tidied up the Howick Pakuranga tail as the visitors were all out for 200 in the 45th over. 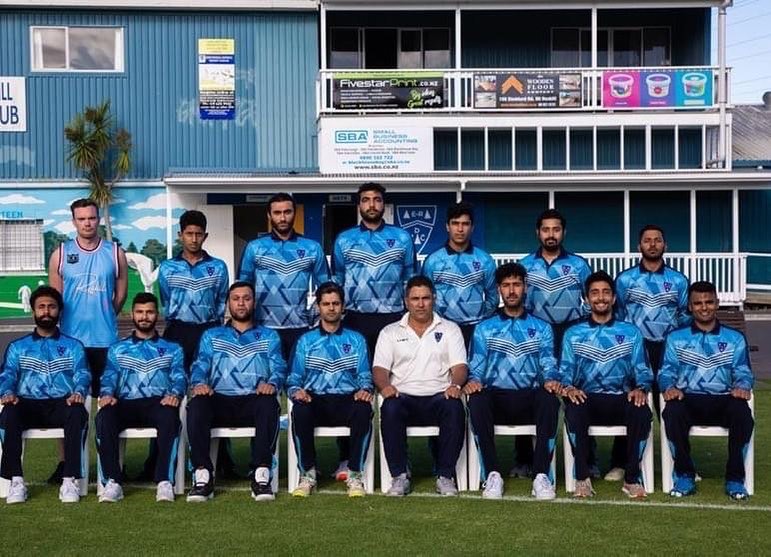 Eden Roskill have lifted the inaugural Richard Jones Cup after a dominant display against Papatoetoe at Keith Hay Park on Sunday.

The Wolves were made to work for a total, after falling to 65/3 in the 20th over. Through the early wobble fought Syed Mutjaba, who kicked of an outstanding all-round day with a defiant 55 off 90 balls. Mujtaba found excellent support in young Muhammad Abbas, batting at five.

When Mujtaba was dismissed in the 30th over, Abbas took over the responsibility of seeing Roskill through to a defendable total. Abbas took the Wolves past 200 with 73 off 86 balls, before the lower order lifted the total to 231/8.

Sunit Birla and Josh Plummer were the best of the Papatoetoe bowlers, not only taking two wickets each but also rolling through economical spells throughout.

Papatoetoe’s chase started similarly and was reeling at 25/2. Barrington Rowland (66) and Logan Clark (49) then put together an 81-run third-wicket stand to take control of the chase. Needing five runs an over for the final 25 overs and with Rowland and Clark set, Papatoetoe were firm favourites.

It then became the Mujtaba and Kumar show as Roskill fought back from the brink. Kumar would finish with 2-18 from his ten overs, but it was the Roskill skipper who had the biggest say.

Mujtaba’s decision to give himself a bowl proved an inspired one, decimating the Papatoetoe middle-order and adding figures of 5-32 to his 55 with the bat.

In the end, Papatoetoe were bowled out for 182 in the 48th over. With their 49-run victory, Eden Roskill clinched the Richard Jones Cup and promotion to the Jeff Crowe Cup for 2021/22.